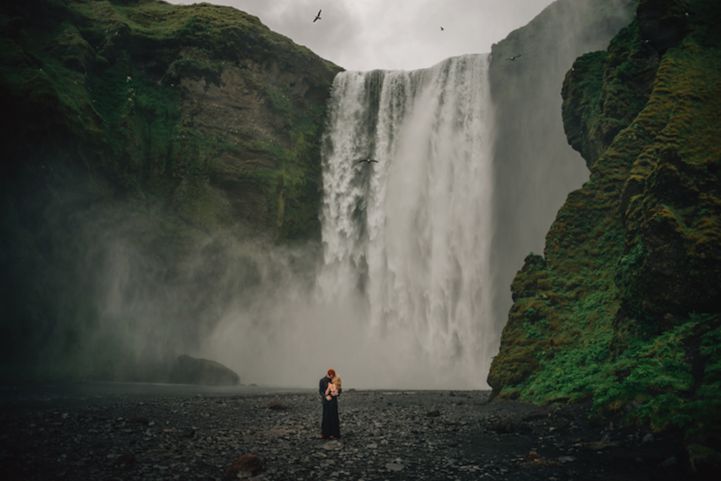 Sarah and Josh Elope to Iceland for Breathtaking Natural Landscapes

Meghan Young — November 12, 2014 — Lifestyle
References: gabemcclintock & mymodernmet
Share on Facebook Share on Twitter Share on LinkedIn Share on Pinterest
Gabe McClintock is a Canadian photographer based in Calgary, Alberta, who captured a series of stunning wedding photography in Iceland. Commissioned by Sarah and Josh, who were originally planning a small ceremony with family and friends in Ohio, Gabe McClintock instead shot them against a dramatic backdrop of natural landscape made all the more interesting for a dark and stormy sky.

Iceland is known for its otherworldly landscape, so it is not surprising that Gabe McClintock had a lot to work with for the photoshoot. As for the decision to elope, the bride shares, "Yes, our friends are incredible and have played important parts in our lives…but ultimately the wedding was ours to have and hold in our hearts. We decided that if we were going to be spending money on a wedding, we wanted to spend it on a memory for us."
3.7
Score
Popularity
Activity
Freshness
Get Trend Hunter Dashboard