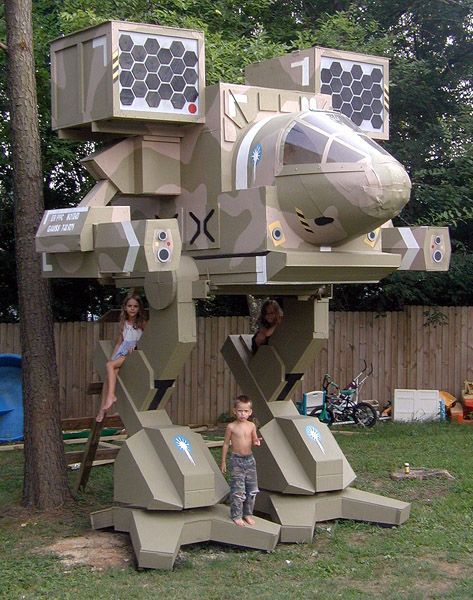 Meghan Young — July 22, 2014 — Art & Design
References: neatorama
After laying eyes on this futuristic robot treehouse, children will be giving their parents a hard time for one of their own. Yet not every guardian is a NASA scientist like Jim Martin, the the mastermind behind this elaborate creation. Although a person might not need such an impressive credential to fashion such a structure, it sure helps.

Created for his children, the futuristic robot treehouse is modeled after the a big piece of machinery found in MechWarrior, a series of highly successful computer games that was originally a paper-and-pencil role-playing game. Dubbed Mad Cat, the futuristic robot treehouse stands on two legs and boasts quite the built-in armory. Jim Martin's son and daughters will be able to play a slew of imaginative games with this insane structure in their backyard.
4.7
Score
Popularity
Activity
Freshness