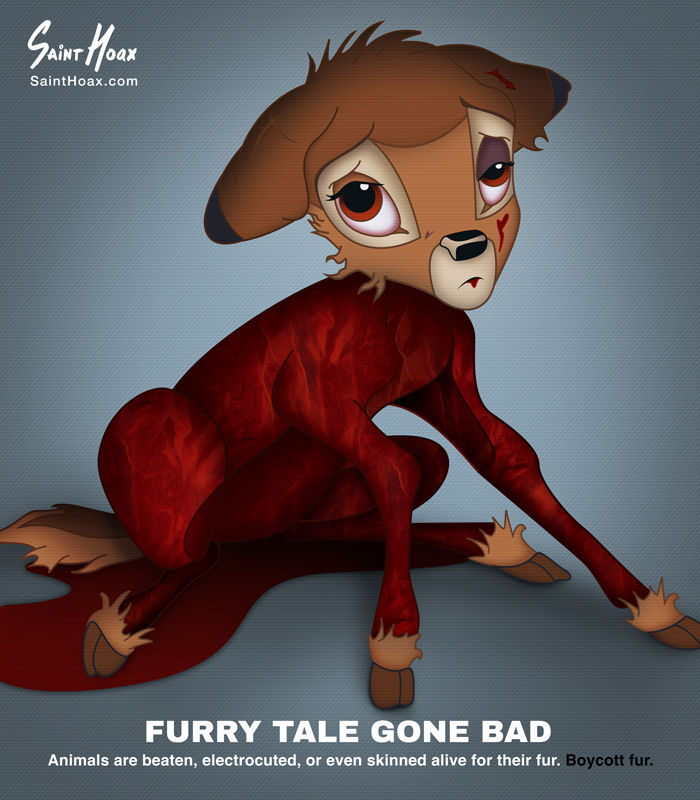 Meghan Young — December 1, 2014 — Naughty
References: sainthoax
Share on Facebook Share on Twitter Share on LinkedIn Share on Pinterest
There have been more than a few artists that have turned to Disney to raise awareness of important issues in the world, the latest project being the Furry Tale Gone Bad series. It depicts beloved Disney animals including Bambi, Simba and Abu having been skinned alive for their coveted fur. Although comprised of extreme imagery that many parents will want to shield their children's eyes from, Furry Tale controversially stokes the conversation.

Created by Saint Hoax, who is known for his past Disney works involving domestic abuse and eating disorders, the Furry Tale Gone Bad series is perhaps one of his most shocking. Nevertheless, he writes that it is "an awareness campaign that questions the fate of the world’s most beloved characters if they had been part of the fur trade industry."
5
Score
Popularity
Activity
Freshness
Get the 2021 Trend Report FREE