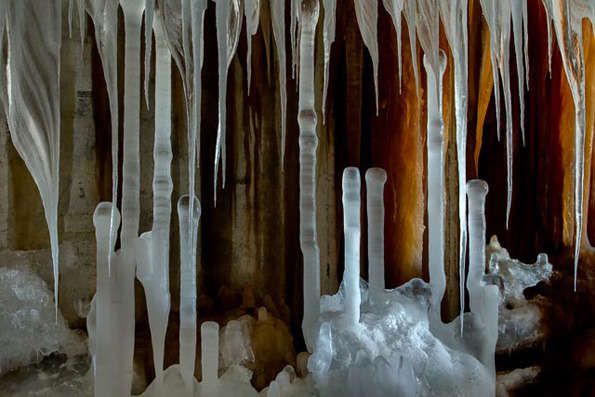 Meghan Young — January 19, 2013 — Fashion
References: garyrobertphotography & itsnicethat
Share on Facebook Share on Twitter Share on LinkedIn Share on Pinterest
At first, the photo series titled Frozenscapes by Gary Jensen could easily be mistaken for the landscapes of Alaska or other cold climate country. Full of spectacular icy scenes, each image looks like it captures a remote cave of some sort. In reality, they were shot in Chicago, Illinois, at the Fulton Market Cold Storage Company.

Growing over a period of 13 to 16 years in the decommisioned cold storage facility, these ice formations can be likened to glaciers and ice bergs. Frozenscapes by Gary Jensen was specially commissioned to document the manmade wonders. It is interesting to note the contrast between the slick ice and the rusty industrial backdrop. As though frozen in time, the Fulton Market facility had lain in waiting to be discovered. Jensen did so heartedly.
2.5
Score
Popularity
Activity
Freshness
Attend Future Festival