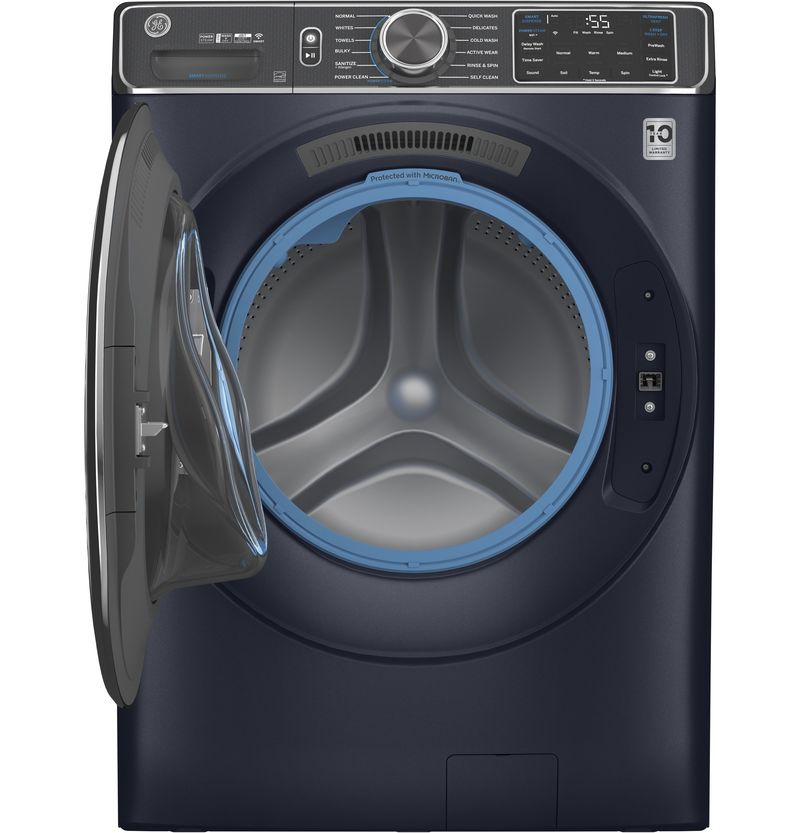 Laura McQuarrie — December 4, 2019 — Art & Design
References: geappliances & prnewswire
Share on Facebook Share on Twitter Share on LinkedIn Share on Pinterest
The new UltraFresh Front Load washers from GE Appliances were developed to prevent the growth of odor-causing bacteria and prevent people from having to leave the door open after doing a load of laundry. With OdorBlock, the appliance circulates fresh air into the unit after a wash cycle, which plays an essential part in removing moisture from the door, gasket and basket. In the GE UltraFresh Front Load washers, there's also exclusive Microban technology to prevent the formation of odor-causing bacteria.

According to Peter Pepe, Vice President, Product Management for laundry at GE Appliances, "Our new UltraFresh Front Load washer is the first in the industry to solve for the issues that lead to stink, making care and maintenance along with laundry chores much easier for the consumer."