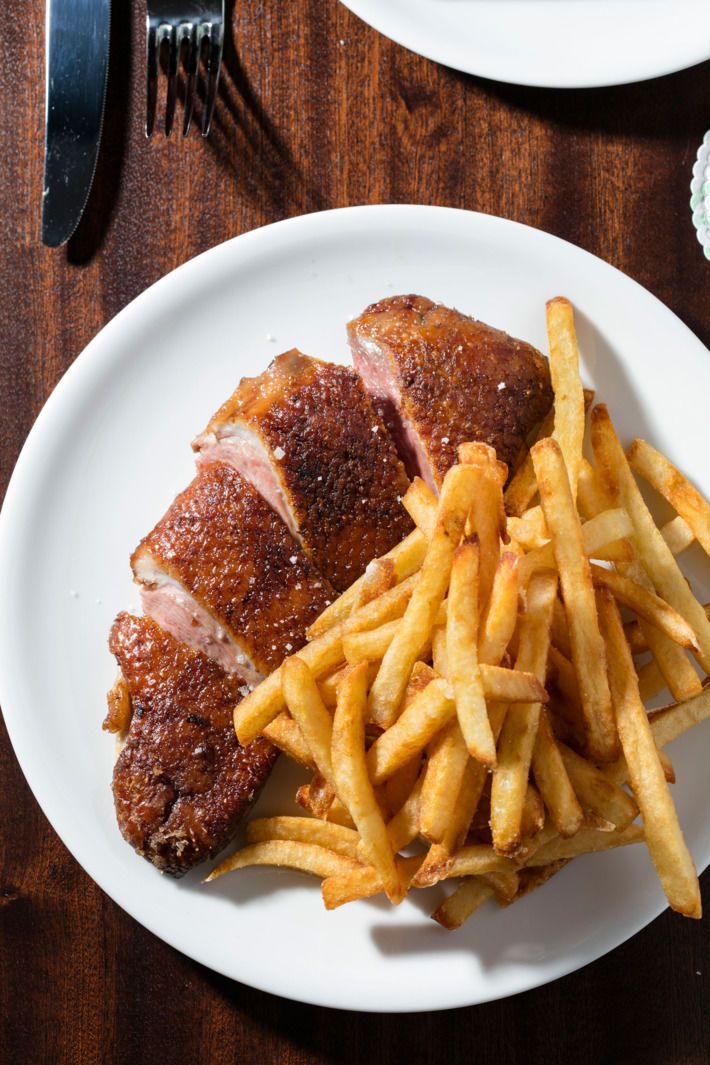 Frenchette Serves French Bistro Classics with a Focus on Perfection

Justin Lam — June 4, 2018 — Lifestyle
References: frenchettenyc & grubstreet
Share on Facebook Share on Twitter Share on LinkedIn Share on Pinterest
French-inspired food is nothing new to New York's food scene, but Riad Nasr and Lee Hanson’s new bistro, Frenchette, is exploring French bistro classics through a lens of pure perfection. Both Nasr and Hanson are already well-known in the New York food scene, having helmed restaurant such as Balthazar and Minetta Tavern, but Frenchette represents the duo's long-awaited return to the city's dining scene. The space immediately distinguishes itself from the rival French bistros, as Frenchette takes on a more mellow style with wood trimmings and a "cafeteria style."

The menu at Frenchette is constantly evolving, but the constant focus is always on French bistro classics. Wheels of cotechino sausage entice diners and are featured on a menu that also celebrates the simple beauty of a properly roasted chicken or a perfectly seared steak. The constants of the menu are not only celebrations of French-bistro classics but also a level of detail that comes only from chef-forward cooking.