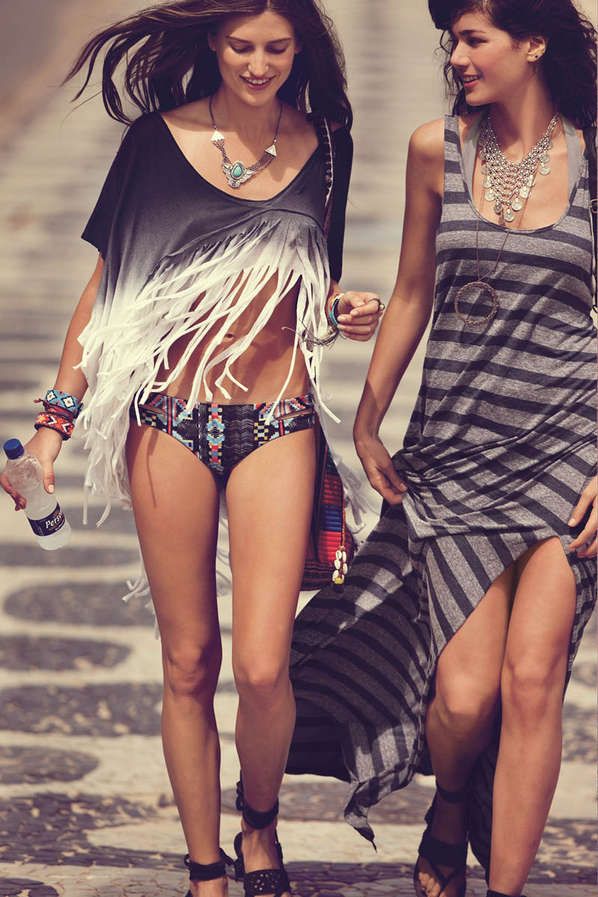 Meghan Young — May 3, 2013 — Fashion
References: freepeople & fashiongonerogue
Share on Facebook Share on Twitter Share on LinkedIn Share on Pinterest
The Roshambo series continues with the Free People Roshambo Rock lookbook, which once again stars model Sheila Marquez. After parting ways with the charming Chris Abbott of Girls fame in the February 2013 catalog, the Spanish beauty is seen nursing a broken heart. What better way to get over it than with a trip to Rio de Janeiro with two of one's closest friends though?

Alongside fellow models Michele Ouellet and Britt Maren, Marquez is captured in vacation-ready bohemian outfits that would make any girl forget about the boy that broke her heart. The Free People Roshambo Rock lookbook is once again accompanied by a five-minute short film that continues the romantic storyline.