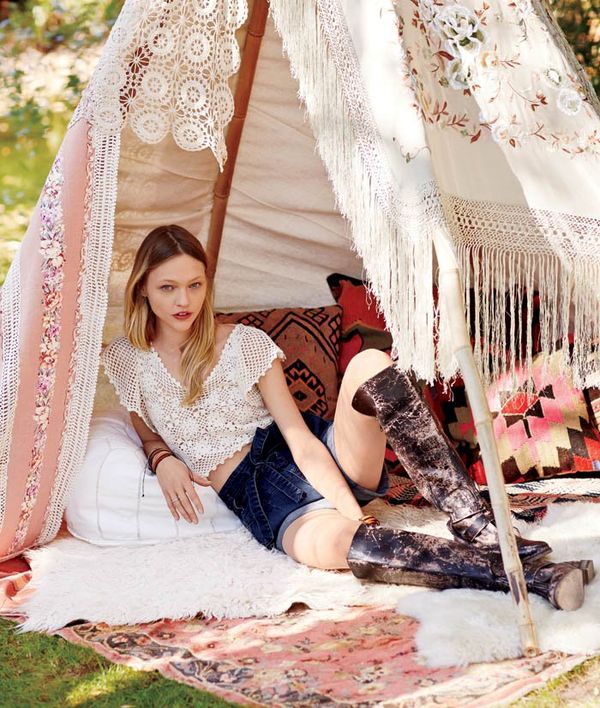 Meghan Young — January 3, 2014 — Fashion
References: freepeople & fashiongonerogue
Share on Facebook Share on Twitter Share on LinkedIn Share on Pinterest
Channeling the bohemian spirit in an artsy sort of way, model Sasha Pivovarova embraces her musical and artistic talents in the Free People January 2014 lookbook. Whether she is captured cradling a guitar or holding a paint brush, it is undeniable that her free spirit could be happy doing anything else. Even when lounging in a makeshift teepee, her creative essence can't be diminished.

Of course, that has much to do with the looks showcased throughout the Free People January 2014 lookbook. Clad in feminine wide-legged styles, printed harem pants and light scarves perfect for spring, the images were captured by her very own husband, Igor Vishnyakov. Interestingly, they were shot at their home. Fun fact: those are her actual paintings.
4.2
Score
Popularity
Activity
Freshness
Attend Future Festival