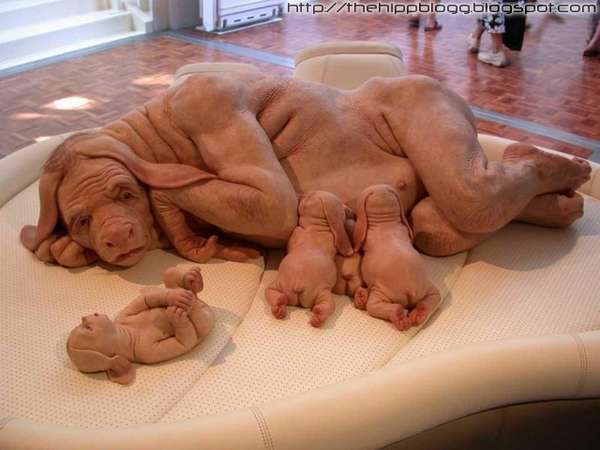 Some of the animals look like they do because they had to physically adapt to their surroundings in order to survive. That said, doesn’t the baby platypus looks like an alien?

The North American Star-Nosed Mole, for example, is blind and has 22 worm-like and independently movable tentacles growing out of its nose. It’s thought that they can smell underwater using these tentacles.