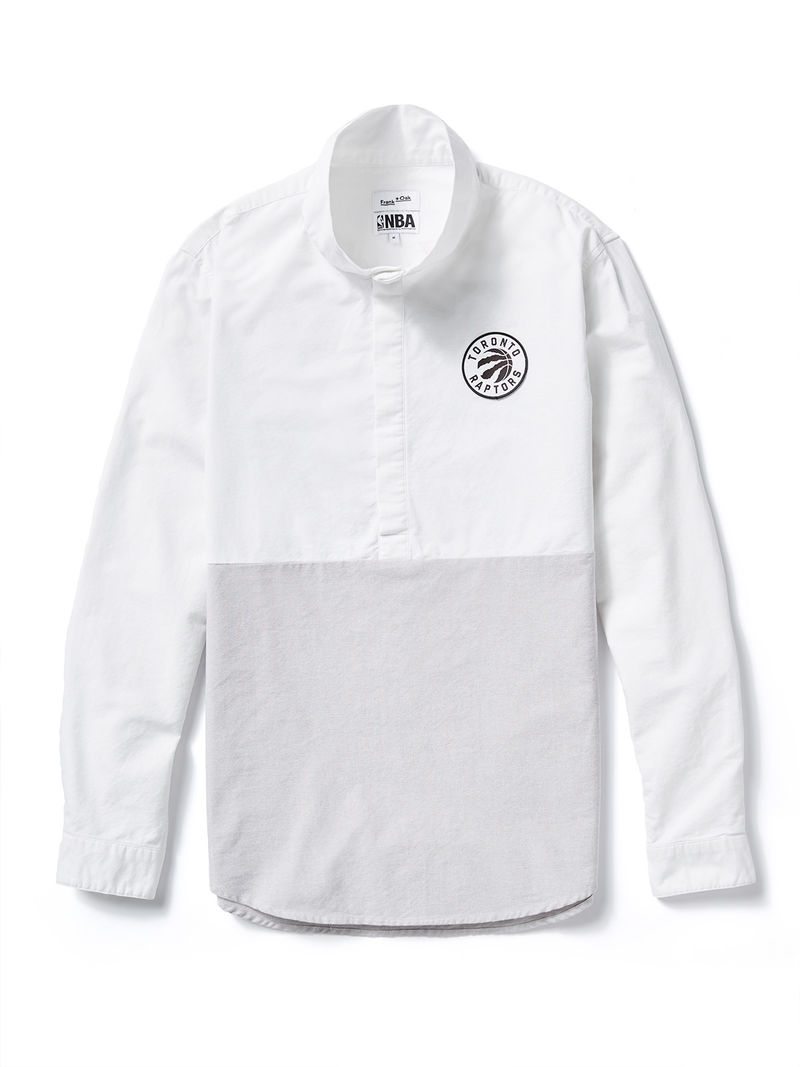 Joey Haar — December 5, 2016 — Lifestyle
References: ca.frankandoak
Share on Facebook Share on Twitter Share on LinkedIn Share on Pinterest
Frank + Oak, a Montreal-based fashion brand, has announced a partnership with the NBA, the fruits of which will be apparel that celebrates the Toronto Raptors. Frank + Oak's Toronto Raptors series will feature nine pieces, each of which subtly displays the Toronto Raptors' newest logo design.

Raptors fans are known for being some of the most boisterous in the league, but that doesn't mean that those fans are willing to abandon their eye for fashion. The Frank + Oak Raptors apparel lets fans show their support on their trips down to the ACC without having to paint it on their faces.