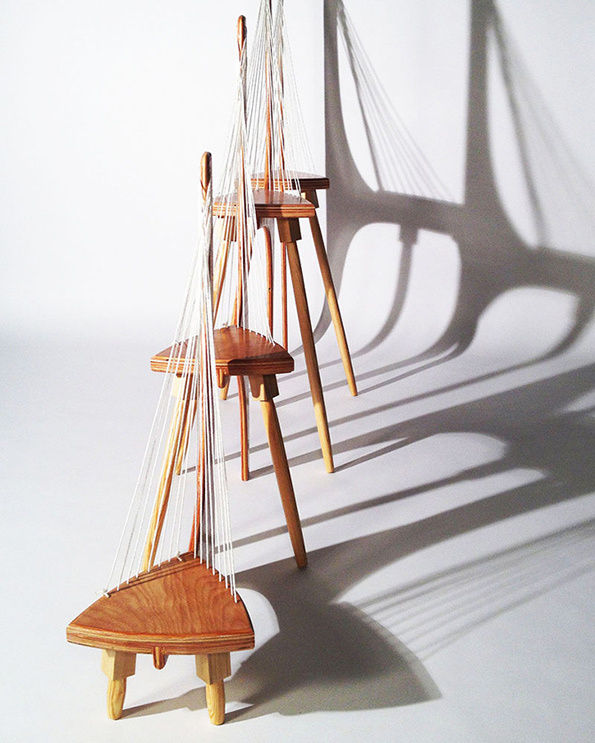 The Framed Seats Series by Ambika Subramaniam are Intricately Woven

Meghan Young — February 12, 2014 — Art & Design
References: ambikasubra & itsnicethat
The Framed Seats series look like functional art pieces. As though modelled after modern bridges, the backrest has been intricately woven. Yet instead of supporting the seat as though it were a bridge itself, it provides a uniquely comfy resting surface for people's backs. The design of the Framed Seats also has a nautical aesthetic to them as though they were the masts for a sailboat.

Designed by Ambika Subramaniam, a design student currently studying for a BFA at Washington University in St. Louis, the Framed Seats series are a reflection of her background. It's Nice That writes, "Her design fuses her Indian and Louisiana heritage to create efficient design solutions influenced by the mythologies and traditions of eastern culture." The chairs are made out of wood and rope.
2.2
Score
Popularity
Activity
Freshness