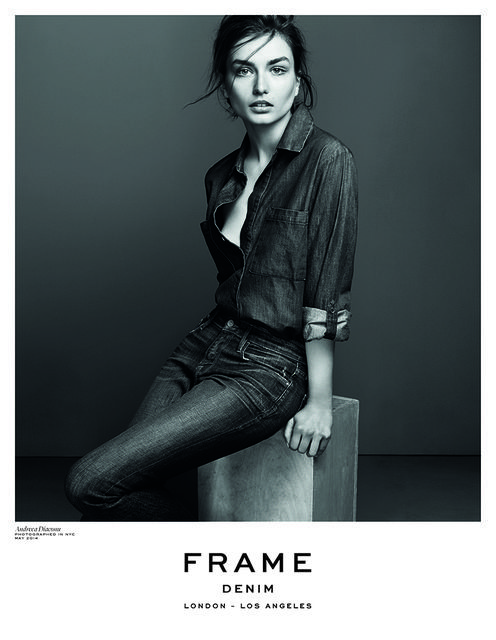 Jordy E — July 28, 2014 — Fashion
References: frame-denim & fashioncopious.typepad
The Frame Denim Fall/Winter 2014/2015 campaign focuses upon denim only via model Andreea Diaconu. In the images taken by photographer Erik Torstensson, Diaconu was lensed within dark blue and grey lighting, adding to the dramatic appeal of the production.

In line with the label's jean specialization, varying forms of denim were paired with one another for these advertisements. Much like a Canadian tuxedo, Diaconu sported button up denim tops with skinny denim trousers, paying heed to the classic style of dress that has been pervasive for decades.

Standing behind these crisp ensembles is stylist Vanessa Traina. In spite of the consistent motif, Traina reinterpreted the standard outfit in many forms that are distinct from one another.
4.9
Score
Popularity
Activity
Freshness