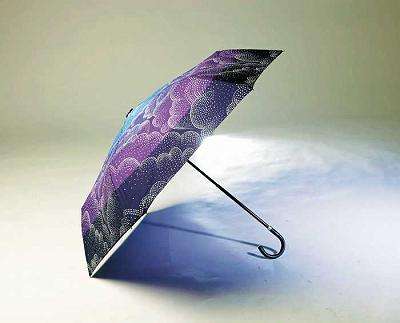 Geebee Micro — March 13, 2009 — Art & Design
References: suntimes
The umbrella in general has been on somewhat of a fashion hiatus after the compact umbrella came out a few years ago, at which point umbrellas became more of a utility rather than a statement.

That’s beginning to change again, as umbrellas are definitely making a fashion comeback. You can see all sorts of styles, chic and cool connected to them that the resurgence is well on its way.

We couldn’t talk about umbrellas without being reminded of the Mary Poppins one, which seems to be always in style and demand. Others that are interesting include the Karma, MARC by Marc Jacobs Print, Citrus Lemon, Perch, Parade and Raining umbrella, among many others, which are included in the photos.

With March being National Umbrella Month, it may be time to think about adding some to your fashion repertoire.
2.1
Score
Popularity
Activity
Freshness