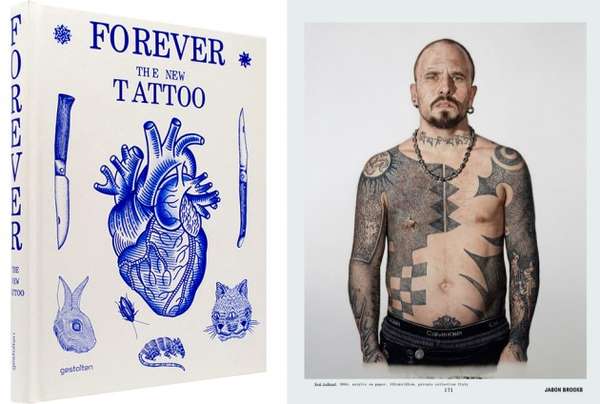 The 'Forever: the New Tattoo' Chronicles the Modern Tattoo World

Trenton Millar — August 20, 2012 — Fashion
References: usshop.gestalten & selectism
Share on Facebook Share on Twitter Share on LinkedIn Share on Pinterest
Being released September 25th, 2012, 'Forever: the New Tattoo' chronicles the revolutionary, underground tattoo world. The book looks at the modern mainstream appeal of tattooing through the work of some of the world’s most cutting-edge tattoo artists in a variety of styles including Mark Cross, Rafel Delalande, Liam Sparkes and Tomas Yak.

Body art is one of the most interesting genres of art that is around today. Tattoo artists are constantly being pushed to be original in their work. The underground tattoo world can be controversial, but it also is influenced by art, fashion and visual culture. Adding in the influences of traditional tattooing, Forever: the New Tattoo takes a comprehensive look at an extremely deep and fascinating subject.