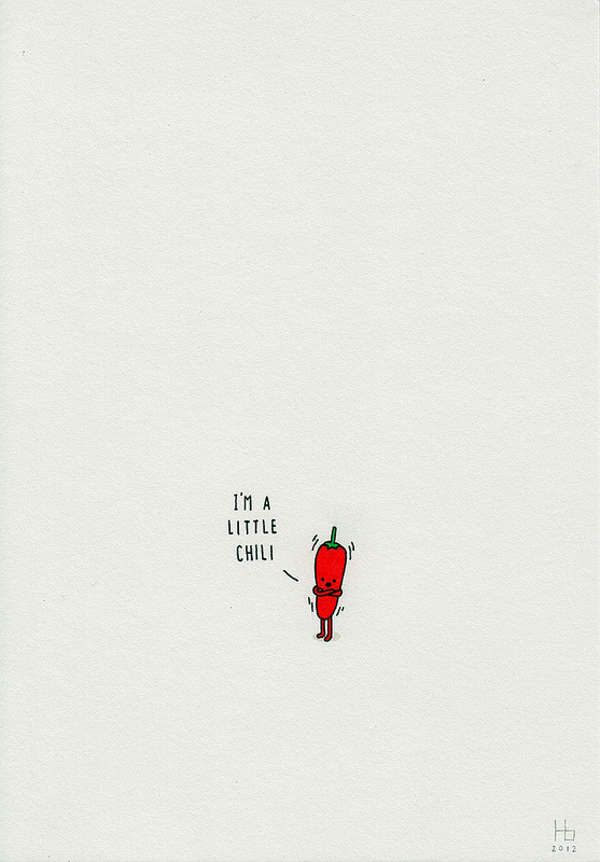 Food, Object or Animal by Jaco Haasbroek are Innocently Clever

Meghan Young — June 27, 2013 — Art & Design
References: behance.net & visualnews
Share on Facebook Share on Twitter Share on LinkedIn Share on Pinterest
Jaco Haasbroek, a freelance illustrator and designer based in Cape Town, South Africa, clearly likes his puns as evidenced by his latest series titled Food, Object or Animal. Like one of his previous projects, The Daily Grind, his minimalist illustrations depict literal puns that will inspire a chuckle from even the craggiest old man.

Focusing on specific subject matters, as the title indicates, the Food, Object or Animal series is utterly adorable. Whether it is a hot chili pepper exclaiming, 'I'm a little chili' or a seal saying, 'I approve,' the images are clever in an innocent way. The illustrations were created using acrylic and ink. But they would look just as good silkscreened on tees.
4
Score
Popularity
Activity
Freshness
Attend Future Festival