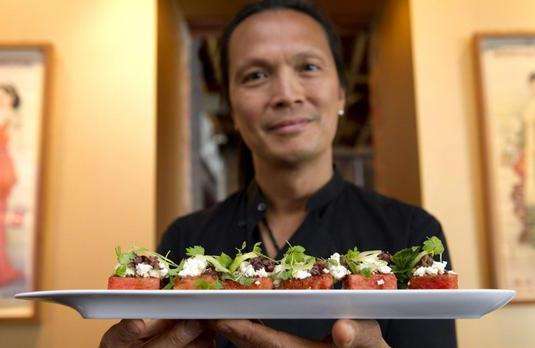 The 'My Food My Way' Initiative Aims to Instill Healthy Eating

Sarah Nazim — September 2, 2012 — Marketing
References: myfoodmyway & metronews
Share on Facebook Share on Twitter Share on LinkedIn Share on Pinterest
The 'My Food My Way' campaign aims to get Toronto youth eating healthier at lunch time. Susur Lee is a Toronto-based chef that is going to be aiding in the creation of making tasty and affordable meals that high-school students will enjoy.

International chef, Jamie Oliver took on a similar task in trying to revamp the school food menus in the United States, except in his case it was filmed as a reality show, taking viewers behind the scenes every step of the way.

The first part of the campaign involves getting students opinions on what they like and dislike through social media sites such as Facebook, Twitter and an interactive food survey that's been placed on subway platforms. So far, the survey is indicating that besides the food needing to be revamped, the children would like other amenities such as free Wifi, movable furniture and music.

The goal of the campaign is to have menus that are student-approved and cooked by them as well. There are plans to have a credit system in place where those who participate get something in return.