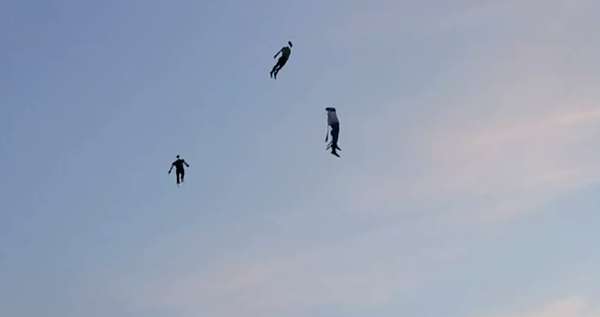 Soaring over the Manhattan skyline, the three 'Flying People in New York City' figures was an idea developed by Thinkmodo, who thought such a stunt reverberated well with the 'Chronicle' movie's premise of three high school characters who become superheros and gain the ability to fly. Plus, it made for an awesome viral marketing stunt. The flying figures were only in the air for five minutes, however, although the marketing team is planning on releasing more flying people in the future. The locations will be kept secret, so you'll just have to keep checking the skies for them.
6.3
Score
Popularity
Activity
Freshness
Attend Future Festival Virtual