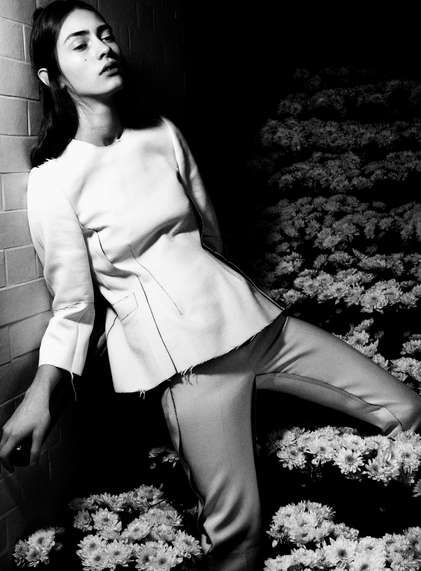 The Exit Magazine 'In Bloom' Editorial is Strikingly Minimalist

Each photograph in 'In Bloom' depicts either Deleeuwant and Le Tutour wearing either black or white minimalist designs, and posing in a grungy stairwell filled with flowers. The contrast between the urbanity of the building and the naturalness of the flowers makes for an effective juxtaposition of city and country lifestyles. The designs worn by both models blend into this backdrop, rather than stand out from it. The outfits feature A-line designs, bleak colors and an androgynous fit that all serve to make the models appear native to the photo shoot's background.

With this editorial, Exit Magazine has shown that androgynous and minimalist styles will be all over the fashion market this summer, and will suit both busy city lovers and peaceful country addicts.
2.6
Score
Popularity
Activity
Freshness
Get Better and Faster