Public Art in Shanghai
Next
Set of
Related
Ideas 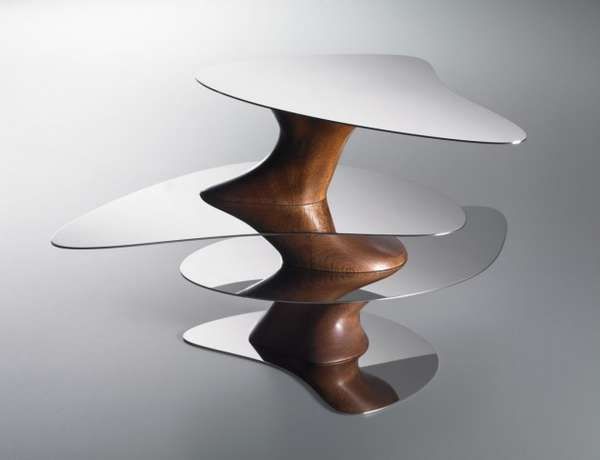 The Floating Earth by Ma Yansong Embraces the Earth

Meghan Young — January 27, 2012 — Art & Design
References: i-mad & contemporist
Share on Facebook Share on Twitter Share on LinkedIn Share on Pinterest
The Floating Earth by Ma Yansong happens to look like a stack of fungi. Similar to this Beijing-based artist and designer's Fungus Chairs, which is not too surprising considering the name, it appears that the i-MAD founder has an affinity for mushrooms. This creation, however, isn't meant to be a piece of furniture like the last, although it may look like a sculptural table. Instead, it is an architectural model.

Designed for Alessi, the Floating Earth by Ma Yansong is a tower that embraces its natural surroundings. As the designer poetically describes, it is "A boundless surface upon which all is reflected; the home, the city. An ever-expanding scope. Each rising layer, then, a tower storey, an unscripted space full of kinetic potential. But rooted in the still, same earth."
4.7
Score
Popularity
Activity
Freshness
View Innovation Webinars