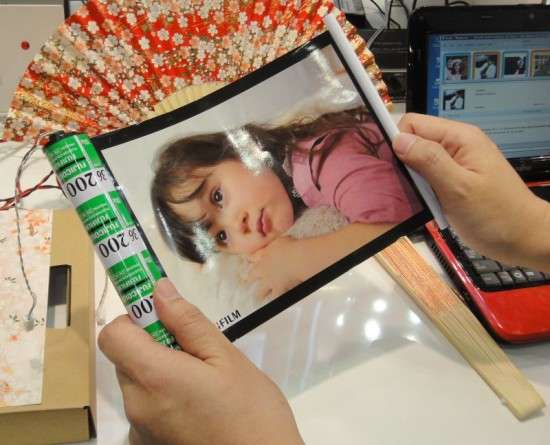 The gadget, which was unveiled at the Nano Tech 2013 trade show in Tokyo, is a diaphragm of a speaker that is both easily transportable and rolls up. To be more specific, the diaphragm is a vibrating plate, which operates to produce an audio device that can be bended and folded due to the soft polymer material it is made out of. When subjected to a 20Hz-20kHz audio range, the material hardens so that a steady sound can be emitted by the piezoelectic ceramics.

Though little has been revealed in terms of its pricing and availability, it will be exciting to see how the flexible speaker will fare on the mainstream market.
2.1
Score
Popularity
Activity
Freshness
Get Better and Faster

Mapped Snaps
The Fujifilm Finepix XP30 Digital Camera Does it All