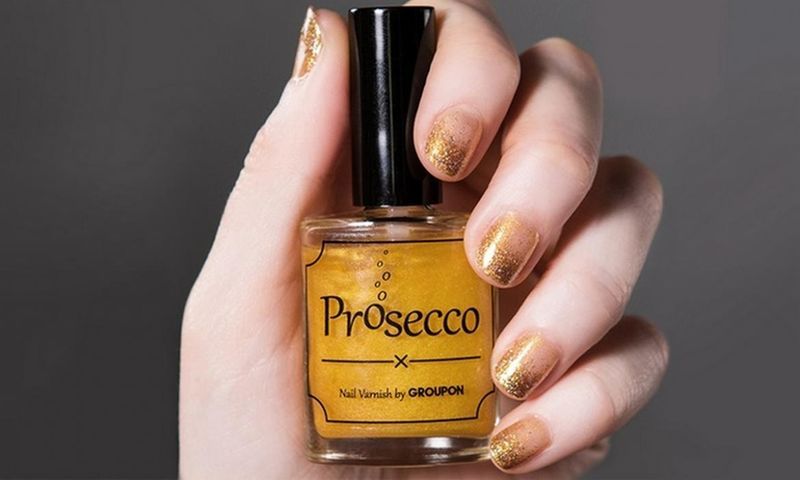 Laura McQuarrie — March 30, 2017 — Marketing
References: http & luxurylaunches
Share on Facebook Share on Twitter Share on LinkedIn Share on Pinterest
As its name suggests, 'Prosecco Polish' is a gold-colored, flavored nail polish that is made with real Prosecco. The product is being released by Groupon as a reward for winners of a lucky draw as part of its Mother's Day celebrations.

Although the product is being touted as a "zero-calorie" edible, Groupon specifically calls it out as a polish that's "lick-able," but not something that one should drink straight out of the bottle, even though it tastes and smells just like the real bubbly drink.

While the idea of an edible nail polish might seem a bit outrageous, Groupon is not the first brand to introduce this kind of cosmetic product. In the past, KFC also released a pair of nail polish products inspired by 'Original' and 'Hot & Spicy' flavors.
2.7
Score
Popularity
Activity
Freshness
View Innovation Webinars