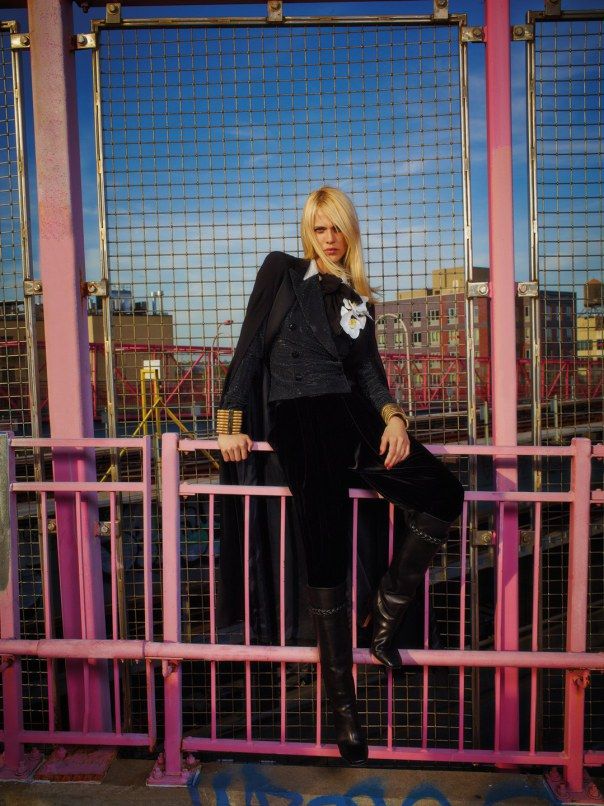 To be "divergent" is to deviate from the standard; it is to break away from tradition and pursue a different journey. That's exactly what Valade appears to be doing in this editorial, at least from a fashion perspective. Valade dares to be different and refuses to shy away from risk. She rebels against conventional femininity, experimenting with androgynous styles and silhouettes. Fashion editor Sissy Vian styled Valade in pieces that might come across as a little more aggressive, and a little less ladylike, than we're used to.

The editorial, which appears in the twelfth issue of Flair Magazine, was lensed by photographer Ezra Petronio.
4.3
Score
Popularity
Activity
Freshness