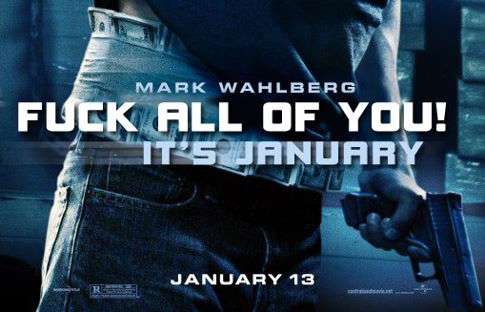 These 'F**k You! It's January' Posters Poke Fun at Movie Releases

Jason Soy — January 21, 2012 — Pop Culture
References: redlettermedia & facebook
The winter season seems to be when Hollywood studios release all of their potential failures, and these 'F**k You! It's January' film posters express the anguish and annoyance of movie-goers everywhere.

The 'F**k You! It's January' posters originated from Red Letter Media’s ‘Half in the Bag’ web series in which they review current and obscure films. In their latest episode, co-host Jay Bauman hilariously quipped that movies released during the month of January may as well be titled, “'F**k you! It's January,” since there’s very little artistic merit that goes into these productions and making money seems to take precedence. The team at Red Letter Media then made a series of mock posters of January 2012 releases and incorporated them into the episode.