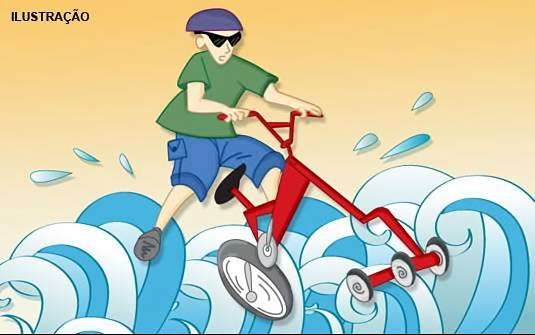 The StreetSurfer got its name as people testing the bicycle were comparing the way to handle the five-wheeler to a surf or snowboard.

According to information on the Annova-website cyclists using the model were speaking about an improvement in steering, a better control in curves, believing it is due to the four front wheels.

According to the manufacturer, the "turbo"-traction and the not-used suspension allow the cyclists to execute more radical and brusque manoeuvres with less force.
The spokesman for the StreetSurfer, Mark Palmer, stated the bicycle in general "has been basically the same for more than a century. We think it is time to take the next step."

The model is already on sale in the UK: Price: 399 pound sterling