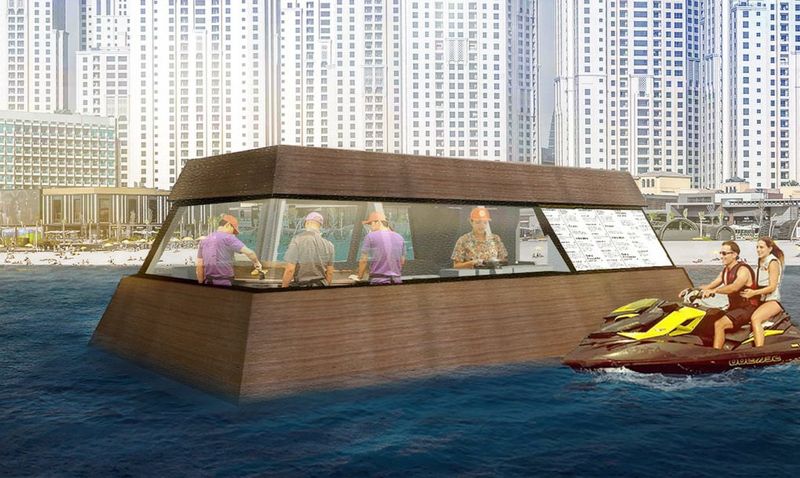 The Aqua Pod Will Be the World's First Floating Kitchen

The Aqua Pod was inspired by food trucks and features a similar concept, expect instead of retailing on land, they'll be situated in the water. This floating structure has two potential ordering systems. The first of these systems would involve a delivery jet ski equipping ships with flags that can later be used to place orders. After an order is placed, a jet ski-based delivery will bring the food items aboard. In the second system, people can jet up to the Aqua Pod to place an order.

According to Gulf News, this floating kitchen will be arriving later this month.
4.8
Score
Popularity
Activity
Freshness
Get Better and Faster