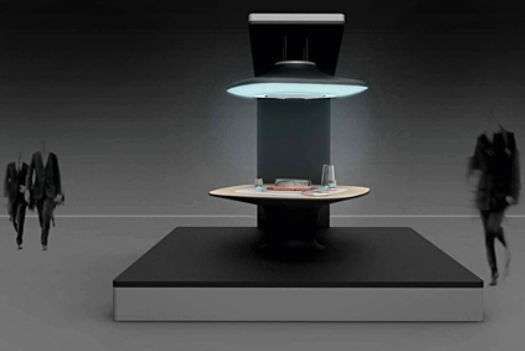 Fireplace by Marti Guixe Cooks Food in Its Center

Meghan Young — August 27, 2011 — Art & Design
References: guixe & psfk
Share on Facebook Share on Twitter Share on LinkedIn Share on Pinterest
The future of home cooking is captivatingly conceived in Fireplace by Marti Guixe. Although the name itself might throw you off at first, it doesn't actually involve a fireplace in the kitchen. In fact, this design concept is actually for a dining room table. It is named so because of its ability to heat itself so as to cook the food right in front of you at the table.

Created for Whirlpool Living Lab, a laboratory for futuristic ideas, Fireplace by Marti Guixe sports a typical surface off of which people eat. It is the addition of an adjustable hood, however, that is quite different. It not only acts as a sci-fi chandelier, it also interacts with the cooking basic in the center of the table to cook the meals.
4
Score
Popularity
Activity
Freshness
Access Advisory Services