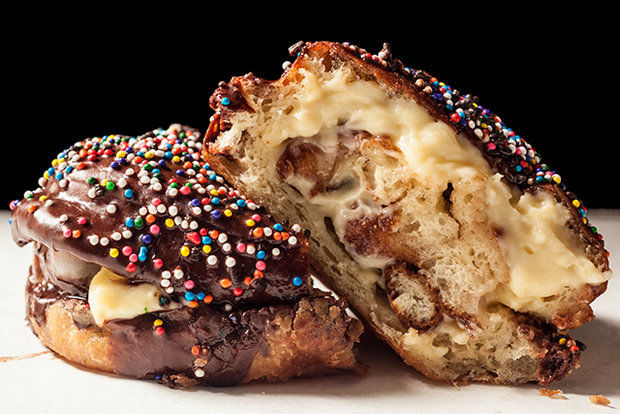 The dessert consists of an apple fritter wrapped in a custard-filled donut and then glazed and garnished. Described as "a cream-filled, double-fried, chocolate-glazed vector of desire," the pastry is the result of recipe testing.

The sweet stuffed snack is for those who are not only obsessed with donuts, but for those who enjoy combining surprising items of food, such as the original meat-based turducken or even the cronut. It could also serve as inspiration in your own kitchen.
1.8
Score
Popularity
Activity
Freshness
Jeremy Gutsche Keynote Speaker