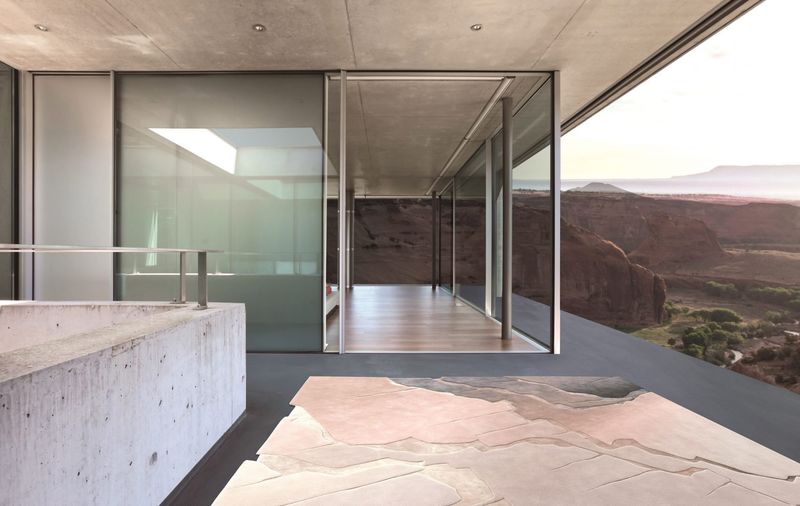 Joey Haar — October 17, 2017 — Art & Design
References: dezeen
Share on Facebook Share on Twitter Share on LinkedIn Share on Pinterest
Climate change is an increasingly important issue for people from all walks of like, and Fernando Mastrangelo's new series of designer rugs show that the climate science problem is permeating many other industries' consciousnesses. The series, called Reverence, features designs inspired by the appearance of various key phenomena related to climate change, such as icebergs and rock strata.

The individual rugs in Fernando Mastrangelo's series have names like Melt and Crash, making the reference to climate change as explicit as the designs themselves. Those design include things like white pile briskly cut through by low pile black fabric, giving the appearance of ice that has cracked and fractures apart. There's also a rug with a striated pattern that looks like an aerial view of fallow agricultural fields.
3.4
Score
Popularity
Activity
Freshness
View Innovation Webinars