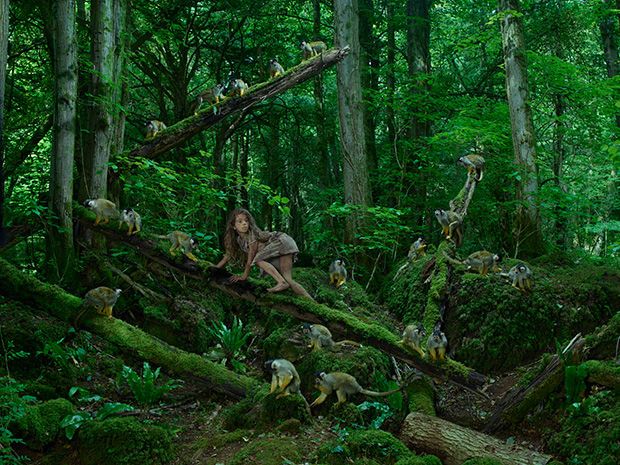 This Photo Series Recounts Children Who Grew Up With Wild Animals

This series consists of visual depictions of children who grew up with or were raised by wild animals. Each image is based on a true story, with 15 stories in all depicted in this photo series.

One of the children depicted in Feral Children is Oxana Malaya, who grew up with a pack of mongrel dogs in the Ukraine. When discovered, she behaved more like a dog than like a human child, running around on all fours, panting with her tongue out, baring her teeth and barking. There's also the story of Sujit Kumar, a Fijian child who was kept in a chicken coop for most of his childhood. He was found at age eight, clucking and flapping like a chicken in the middle of a road.

This photo series is truly unsettling, and does a great job conveying stories that are horrific yet fascinating.
6.9
Score
Popularity
Activity
Freshness
Get the 2021 Trend Report FREE