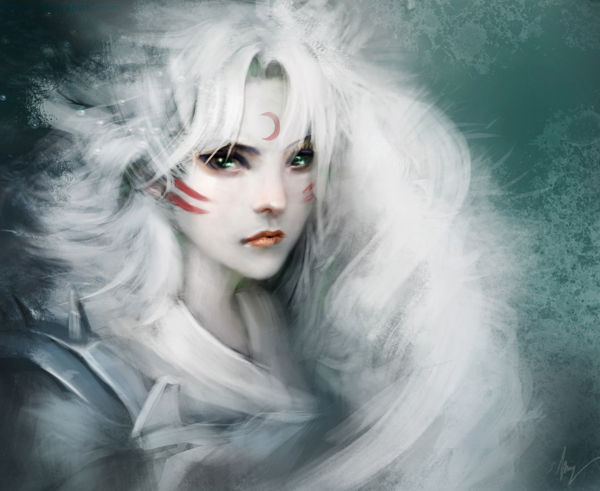 This Female Anime Version of Sesshoumaru is Quite Convincing

The illustration looks absolutely beautiful and feminine but the trademark scars and traits of the male character have been adopted. Many illustrators and anime fans find it intriguing to wonder what their favorite characters would look and be like if they were the opposite gender. This illustration proves that Sesshoumaru would look just as elegant with flowing white hair and a powerful stare -- the only question is, would she be just as ruthless or even worse?