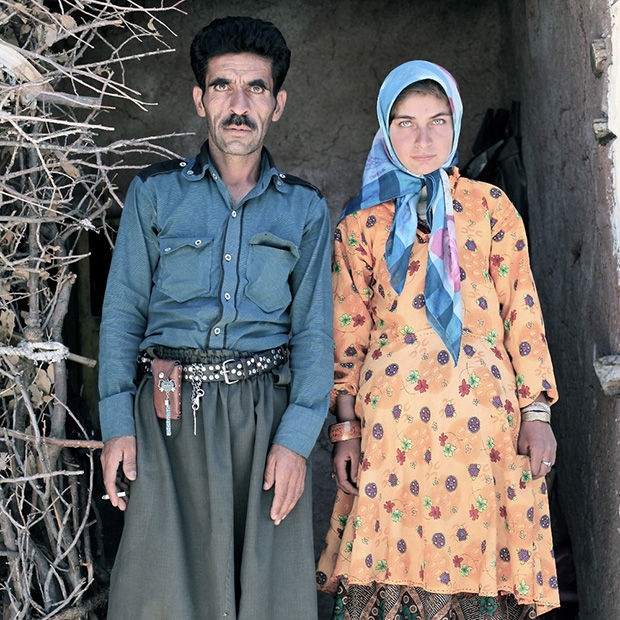 Rahul Kalvapalle — September 25, 2014 — World
References: nafisemotlaq & featureshoot
Iranian Fathers & Daughters is a photo series, put together by photographer Nafise Motlaq, that consists of portraits of young Iranian women with their fathers. The series depicts the diverse bonds between young women and fathers in Iran's complex society. The photos defy the staunch stereotypes of Iranian family equations.

Motlaq was inspired to pursue this project after her own father fell into a coma before eventually recovering, an event that brought father and daughter closer together. This experience prompted Motlaq to seek out other father-daughter pairings.

The subjects depicted in Iranian Fathers & Daughters vary in their economic and cultural backgrounds, with some families subscribing to religious lifestyles while others are clearly and visible more secular and liberal in their outlook.

Ultimately, the series highlights the diversity in Iranian society, and proves that family relationships -- particularly father-daughter pairings -- can be positive and healthy regardless of socioeconomic status or religious beliefs (or lack thereof).
2.7
Score
Popularity
Activity
Freshness