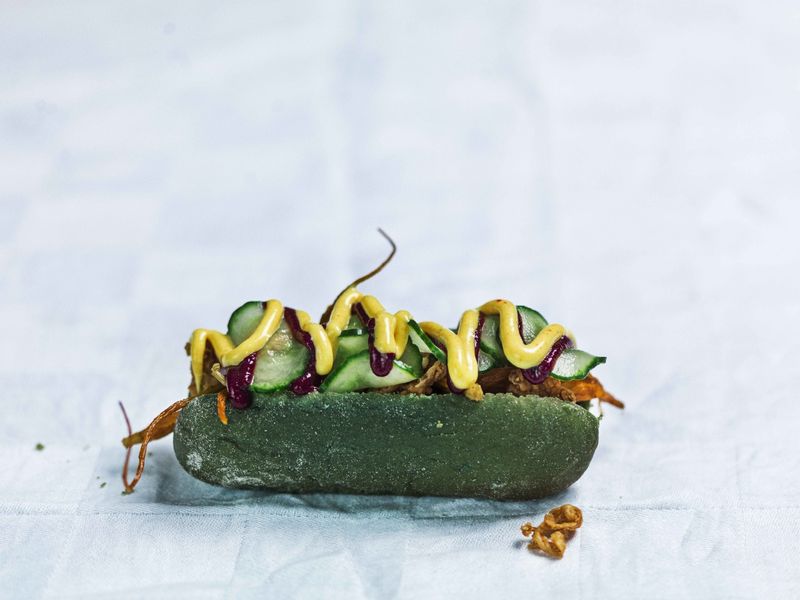 Laura McQuarrie — March 13, 2018 — Eco
References: space10.io & medium
Share on Facebook Share on Twitter Share on LinkedIn Share on Pinterest
'Dogless Hotdogs,' 'Neatballs' and 'Bug Burgers' served with a side hydroponic salad represent the fast food of the future, according to SPACE10, IKEA's external innovation lab. In order to look at the way meals may be served in coming years, the future-living lab decided to reimagine five classic dishes with everything from insects and algae to lab-grown meat.

IKEA is famous for its Swedish meatballs, but The Neatball is a reinterpretation on the product that is said to "get people thinking about reducing their meat consumption, using local produce and trying alternative proteins." SPACE10 developed two kinds of Neatballs: one made with mealworms and another made with root vegetables.

Although these reinvented meals have been cooked up in IKEA's innovation lab, they represent concepts in future food rather than menu items that will be available soon.