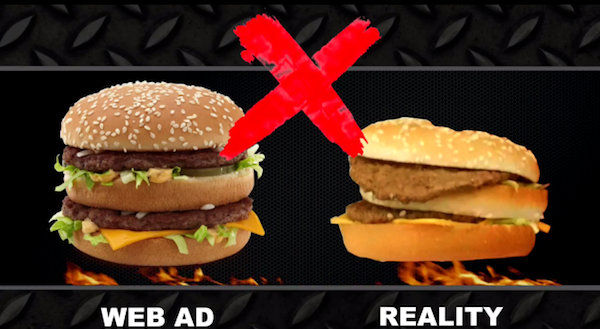 Alyson Wyers — June 16, 2014 — Pop Culture
References: youtu.be & designtaxi
In a hilarious experiment YouTube comedy channel Mediocre Films compares fast food ads to reality. To see why fast food ads always look so much better than the food items do in person, Greg returned disappointing-looking food to see if they could be made to look like the pictures featured in their advertisements. Mediocre Films went to McDonalds, Burger King, Wendy's and Jack in the Box in the video.

Known for posting similar experiments and fast food-related pranks, Mediocre Films recent upload does not disappoint. Greg used a hidden camera in his Pivotheads sunglasses to capture the fast food ads exposé. Interestingly, many of the restaurant staff members say the request to re-assemble the food is a first for them.
6.1
Score
Popularity
Activity
Freshness