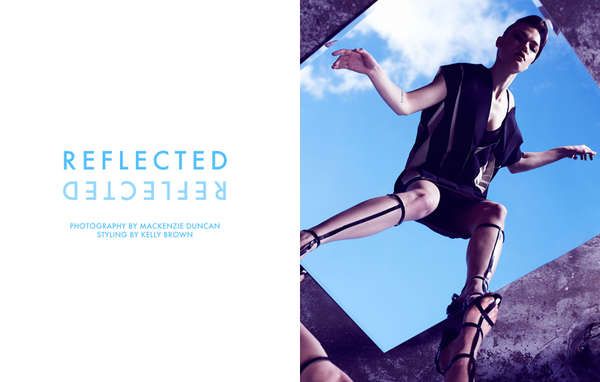 Meghan Young — June 8, 2013 — Fashion
References: mackenzieduncan & fashiongonerogue
Share on Facebook Share on Twitter Share on LinkedIn Share on Pinterest
The Fashion Gone Rogue 'Reflected' online editorial has a futuristic feel, which is due in large part to the cool color palette, structured fashion and contemporary city skyline. The concrete and mirrored blue skies accentuates the monochromatic looks in a way that makes them stand out more. Strong and feminine, they probably would have stood out no matter what the context.