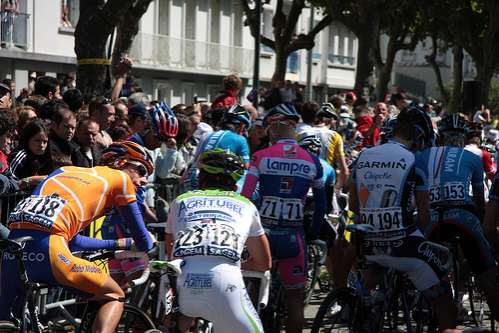 As the cyclists pass through from France to Italy and back to France, fans have gathered to catch glimpses and cheer on their racers. Flickr is updated daily with the best of these shots, highlighted in the portfolios of amateur and professional photographers alike.