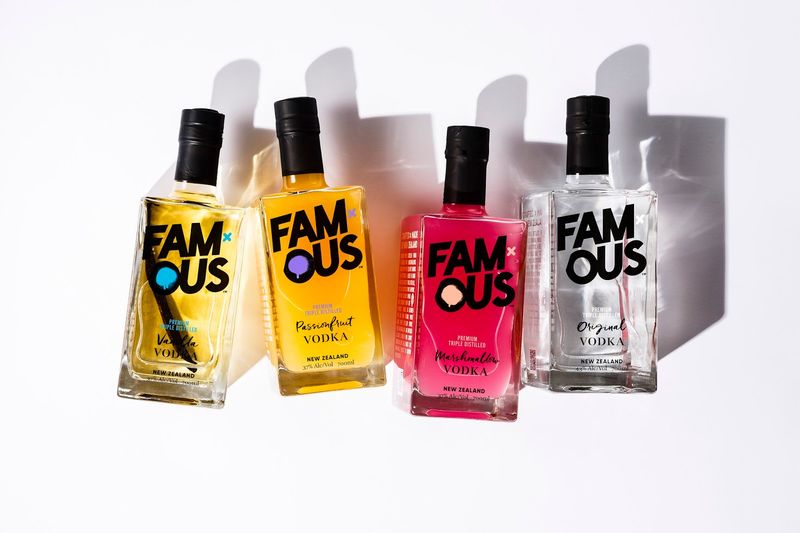 Famous Vodka Uses Cheeky Language and Branding to Market Itself

Mishal Omar — November 13, 2017 — Lifestyle
References: famousvodka.co.nz & packagingoftheworld
Famous Vodka is an Auckland, New Zealand-based vodka brand that first became famous for its Marshmallow Vodka, and the company recently underwent a rebranding so that it could stand out from its more traditional competitors.

While other vodka brands sold in the country have "rich European heritage and creation stories," Famous Vodka doesn't, and decided to take advantage of that fact. Using bold photography, cheeky quotes and an overall "in-your-face" approach, the brand is able to ensure it remains distinct in an overrun market. One such example is one of the brand's mantras: "here unfolds no long, illustrious history involving debauched European royalty."

Flavors in this dynamic vodka collection include its classics – Original and Marshmallow – as well as Passionfruit and Vanilla flavors.
3.3
Score
Popularity
Activity
Freshness