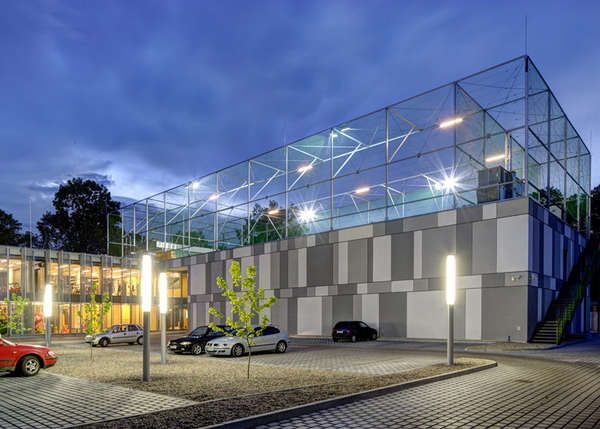 The project was inspired by the lack of space on ground level to create a tennis court facility. Architect Bartek Bajon took to solving this problem by placing the tennis court on the rooftop. Bajon says on his site, "We designed an eight-metre-high cage to protect people on the ground from falling tennis balls." The result boasts an aesthetically pleasing facade with a functional capacity.

The two-storey building is surrounded by metal caging, which resulted in a variety of shutters added to the facade. The park complex also features a climbing wall, a cafe, bowling alleys, squash courts, a gym and a children’s play area. This L-shaped marvel is both functional and aesthetically pleasing.
2.3
Score
Popularity
Activity
Freshness
Get Better and Faster