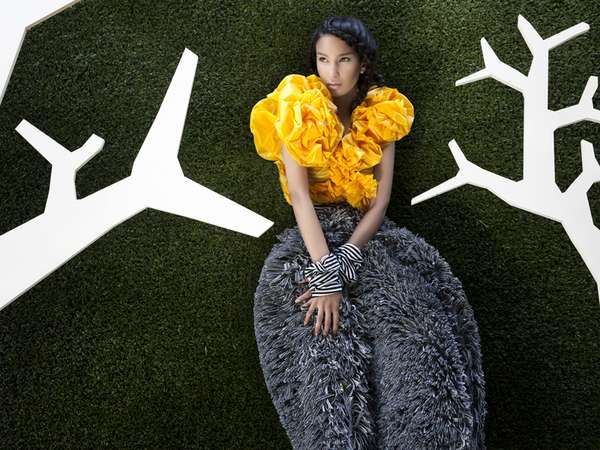 Meghan Young — August 15, 2011 — Fashion
References: lafenia & behance.net
Share on Facebook Share on Twitter Share on LinkedIn Share on Pinterest
Most fashion shoots can't help but be entirely fictitious, a fabricated series of shots stitched together to create one cohesive whole like the Fake Story editorial. What I love about the Fake Story photo spread, though, is that it calls itself out on its artificial nature through its title and its backdrop. By doing so, Fake Story shifts your attention to what really matters: the fashion and nothing else.

Shot by Fenia Labropoulou, the Fake Story editorial stars models Elena, Anik and Erin. Draped in eccentric outfits such as puffy, ruglike pants and shelllike hoods, the shoot was styled by Celebrity Skin. The fashion itself takes on a slightly fantastical feel as well, complementing the theme of the editorial beautifully.
5.4
Score
Popularity
Activity
Freshness
Access Advisory Services