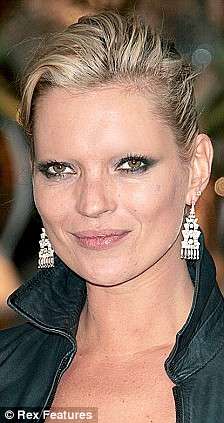 The ‘No Eyebrows' Look is Becoming a Phenomenon

Geebee Micro — July 17, 2009 — Fashion
References: dailymail
Share on Facebook Share on Twitter Share on LinkedIn Share on Pinterest
The Givenchy show where male and female models either bleached or had their eyebrows removed has caused quite a stir in Britain, and responses as far as beauty and health have cropped up over the fashion statement which seems to be turning into a trend during difficult economic times.

Adriana Lima was one of the main examples used, as she had her eyebrows bleached at the Givenchy fall show, and did really lose a lot of her beauty.

Concerns are that young women, who are now following in the footsteps of these models, could have their vision hampered because we need eyebrows to see properly. The loss of sex appeal is the obvious secondary factor.

Either way, many fashion magazines have picked up on the trend and have been featuring models without eyebrows.

The photos here include a look at what some celebrities would look like without eyebrows. It’s enough to make me keep mine! Can you guess who they are?
6
Score
Popularity
Activity
Freshness
Attend Future Festival