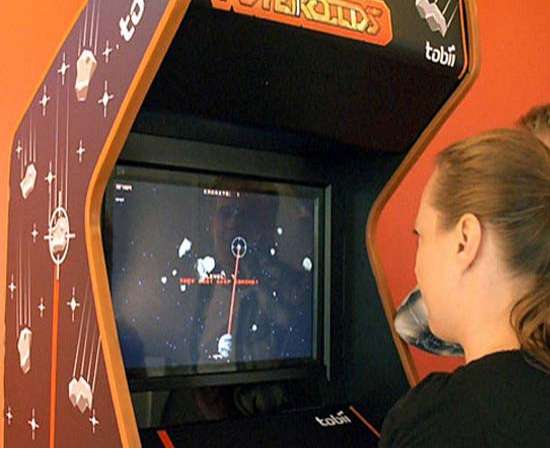 EyeAsteroids is the First Video Game Powered by Sight

Susan Keefe — November 19, 2011 — Unique
References: slashgear & bornrich
Share on Facebook Share on Twitter Share on LinkedIn Share on Pinterest
The technological wizards from Tobii have created the world's first eye-controlled video game, entitled EyeAsteroids. If you miss those old school standup arcade games you'll be please to hear the old girls are getting a technological update. EyeAsteroid is essentially a remake of the legendary classic Asteroid, but with a few massive technical differences.

When engaged in a game of EyeAsteroids, the user can control their movements within the gamer-verse with a mere flick of the eyes. Fueled by an Intel Core 2 Quad Q8400 processor, EyeAsteroid is one heck of a machine. The innovative game made its debut at Dave and Busters in New York earlier this month, and is set to make its move to London in a few weeks. Only 50 EyeAsteroids were created and each will fetch the hefty price of $15,000 a pop, but if you live for the endless pursuit of a high score and you have the funds to cover it, how can you possibly pass this unique piece up.

Aerobic Gaming
The Arctic Gym Goes Beyond a Traditional Console