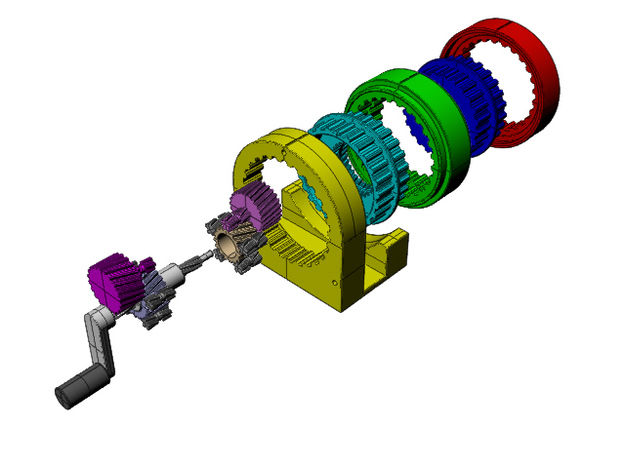 A higher gear ratio is like a low gear on a bicycle: it allows people to use less energy to move a load. However, as a gear ratio rises, the distance that it can move a load decreases. The Extreme Reduction gear system is far from a technological advancement in mechanics, though. With such a high ratio, this gag gift is essentially useless, since it would take an absurdly long time spent cranking the gear for any noticeable movement to take place on the load.

As van Deventer notes, though, "a patient person could use it to move a heavy locomotive train with a dental drill." So saboteur dentists might have a practical use for this widget, at least.
4
Score
Popularity
Activity
Freshness
Get the 2021 Trend Report FREE