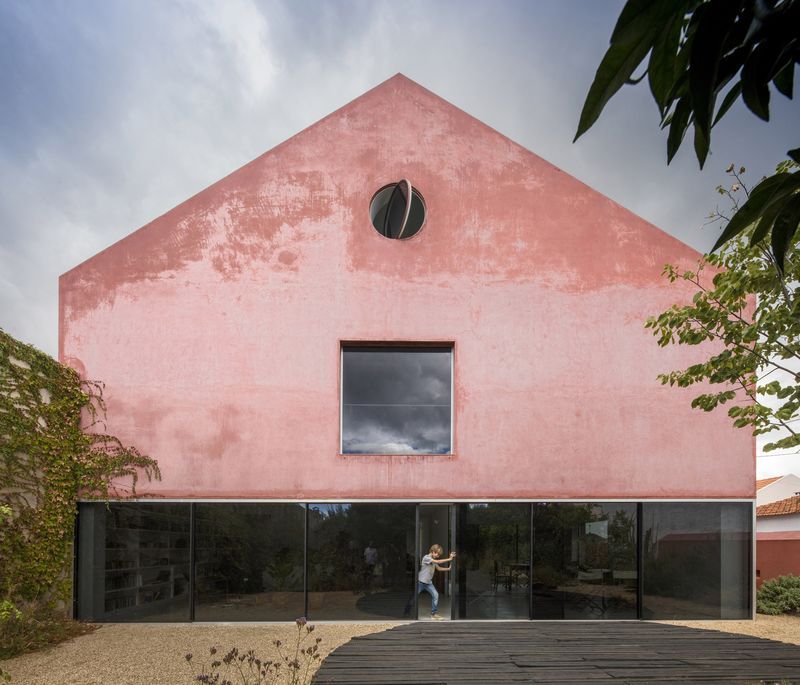 Extrastudio Has Designed a Former Winery With a Bright Facade

Joey Haar — September 5, 2017 — Art & Design
References: dezeen
Share on Facebook Share on Twitter Share on LinkedIn Share on Pinterest
When designing a family home in the small Portuguese village of Azeitao, Extrastudio, a Lisbon-based architecture studio, looked to the building's history. The original space was a winery, and so in renovating the building and converting it into a family home, Extrastudio played off of wine's famous coloring by covering the new home in red-tinted mortar.

The original winery was built by the family's grandparents in the early 20th century, but it has not produced wine for some time. Rather than tearing down the original building, though, the family insisted on maintaining an orange orchard in the backyard, which meant that the walls couldn't be reshaped or adjusted structurally. Instead, Extrastudio thus worked to give the new home its own character without erasing its past.
3.6
Score
Popularity
Activity
Freshness
Access Advisory Services