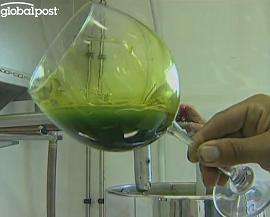 Monte Vibiano Will Be First Carbon-Free Agribusiness in Italy

Jessica Frank — January 30, 2009 — Eco
References: montevibiano.it & globalpost
Share on Facebook Share on Twitter Share on LinkedIn Share on Pinterest
Step aside, evoo, and make room for egoo--extra green olive oil. In a world that has grown increasingly eco-conscious, it’s no surprise that businesses are beginning to reevaluate their emissions. Italian olive oil producer Monte Vibiano is promising a “360-Degree Green Revolution” by cutting their carbon emissions to zero by the end of 2009.

According to GlobalPost, Monte Vibiano will be the first agribusiness in Italy to be free of carbon emissions. CEO Lorenzo Fasola Bologna has plans to implement an array of eco-friendly innovations, from solar panels and electric charging stations to organic fertilizers and biodiesel produced directly at the farm.

“Green to us means everything,” Fasola told GlobalPost. “We live in a place that is probably the same way it was 3,000 years ago.”
2.8
Score
Popularity
Activity
Freshness
Get Trend Hunter Dashboard