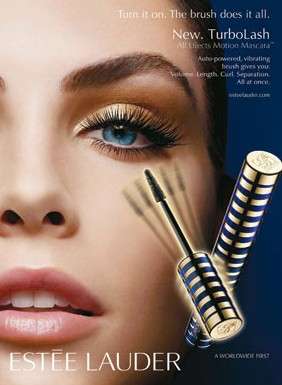 Or so Estee Lauder claims of their new TurboLash All Effects Motion Mascara, which is being hailed as the world's first battery-operated, vibrating, all-effects mascara.

Set to be launched on July 17 exclusively at Saks Fifth Avenue, you need $30 to get your hands on this super mascara brush with vibrations of 125 micro-pulses per second.

Putting some kind of turbo engine next to your eyes sounds like a recipe for disaster to me. But there are always those fashionistas who will suffer (and maybe lose an eye) in the quest for killer lashes!
4.5
Score
Popularity
Activity
Freshness
Access Advisory Services