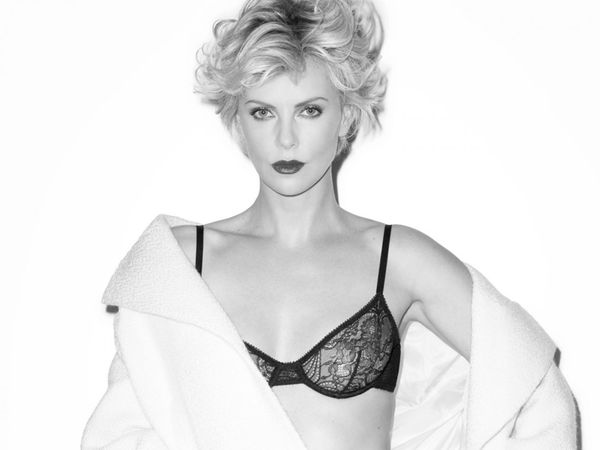 Farida Helmy — June 5, 2014 — Fashion
References: esquire & fashiongonerogue
No matter what she wears or who the photographer is, Charlize Theron looks good in any picture -- and in reality -- but for the Esquire UK July 2014 cover editorial, she looks absolutely flawless.

Having been named the most beautiful woman in the world numerous times, the stunning actress takes it all off for the Esquire UK July 2014 cover editorial.
The sultry black and white photoshoot has the blonde bombshell stripping down to just her lingerie. As the face of Dior, Theron shines in front of the lens of fashion photographer extraordinaire Terry Richardson.

In the interview, the Marilyn Monroe lookalike opens up about the difficulty of fame and her life in the limelight with her new partner.
2
Score
Popularity
Activity
Freshness