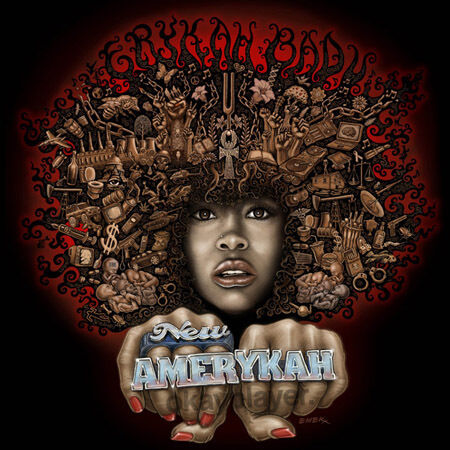 "I named this album 'Nu Amerykah' because I'm dealing with whatever is to come instead of what was," the musician explains.

The other two albums are titled "Return of the Ankh" and "New Amerykah II".

Together with her image revamp, Badu is also on the high road to the digital world. For her third album "New Amerykah II" Badu explains that her followers no longer has to buy a CD of her tracks. "You'll purchase (instead of a CD) a USB stick, each will come with a specific code that you punch in. That way you'll get to upload a new song every month for the next 10 months,"she says.

Badu explains her fascination with technology, "What inspires me is the damn Internet." She adds, "It's amazing how these kids keep the music going with this platform. I see so many stars now where it was cloudy before. Now the programmes allow us to see more of each other (in reference to Myspace and YouTube etc) I can send out a song or a video to a whole city, or the damn world in one touch."

She is also to start a magazine called "Freaq" which is dedicated to arts, politics, beauty, fashion, photography and technology.

Check out some other artists who have gone digital: