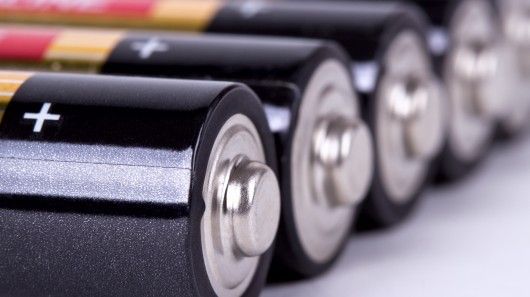 The Organic Redux Flow is an Efficient & Environmentally Friendly Battery

Laura McQuarrie — September 16, 2014 — Eco
References: pressroom.usc.edu & gizmag
Share on Facebook Share on Twitter Share on LinkedIn Share on Pinterest
Although Lithium-ion batteries have numerous benefits, they also have several drawbacks, particularly since they are not a kind of environmentally friendly battery. These batteries are typically made with rare toxic materials, but a group of scientists at the University of Southern California have come up with what they're calling an 'Organic Redux Flow Battery,' which is organic and made from a water base. The battery is comparable to a fuel cell, alike ones that have been used to power NASA's Helios drones.

Unlike a Lithium-ion battery that's costly to produce, these organic batteries have the potential to be scaled up for use on larger projects. Additionally, another bonus is that the batteries can be recharged about 5,000 times, which means that they are estimated to have lifespans of about 15 years.
5.8
Score
Popularity
Activity
Freshness
Attend Future Festival