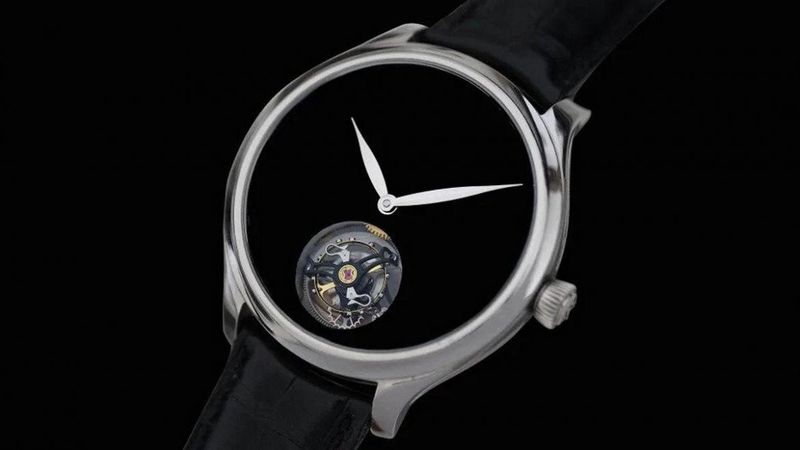 Laura McQuarrie — January 16, 2020 — Luxury
References: h-moser & luxurylaunches
H. Moser & Cie is known for its Concept watch line and its newest addition is the limited-edition Endeavor Tourbillon Concept Vantablack, which features a coating made with the blackest material on Earth. Vantablack is known as one of the darkest known substances in the world, as it boasts the ability to absorb nearly all visible light, which means that it's not technically a color but the absence of it. Thanks to its unique properties, the watch looks as if it is suspended in nothingness. Just 50 versions of the elegant Swiss watch are being produced and they come at the high price of $75,000 each.

A handful of brands are beginning to release products featuring Vantablack as an intriguing selling feature thanks to its mind-bending appearance.
7.9
Score
Popularity
Activity
Freshness