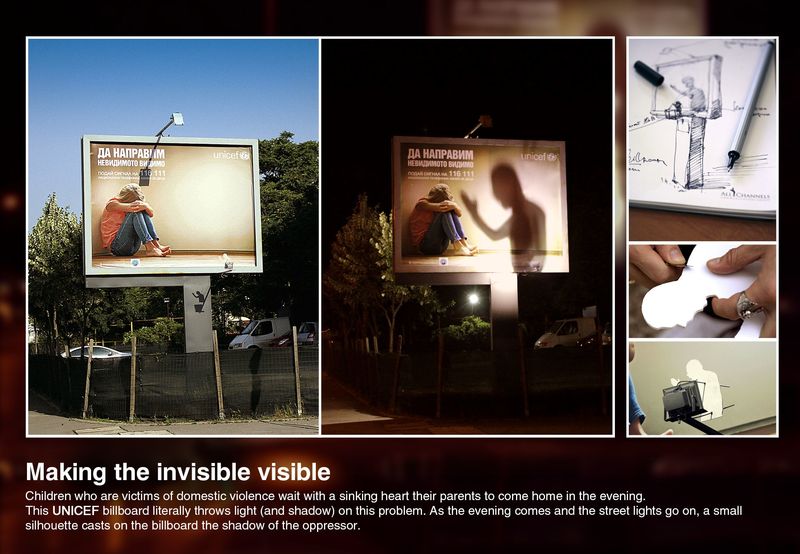 This UNICEF Bulgaria Billboard Aims to End Violence Against Children

To literally shed light on the issue, the billboard uses street lights to illuminate minds. During the day the billboard shows a little kid cowering in a corner, but at night a shadow becomes visible, with its hand raised to strike the child. This is because many children fear coming home at night to face domestic violence. A small silhouette casts the shadow, which is barely visible during the day.
5.7
Score
Popularity
Activity
Freshness