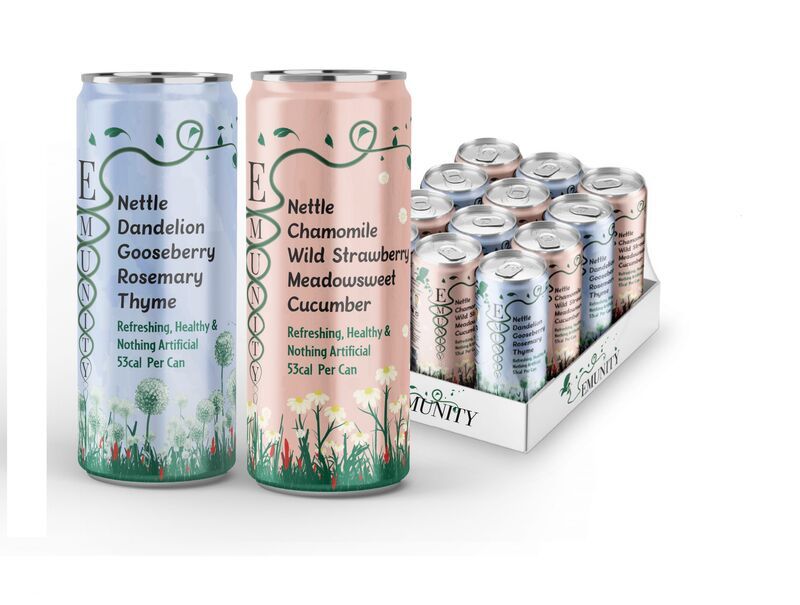 Laura McQuarrie — March 2, 2021 — Lifestyle
References: emunity & foodanddrinktechnology
Share on Facebook Share on Twitter Share on LinkedIn Share on Pinterest
Emunity is introducing a first-of-its-kind health drink that taps into the power of stinging nettle, an ingredient that's been used for centuries in traditional medicine. packed with biologically active compounds, nettle is an ingredient that's revered for its ability to lower blood pressure and sugar levels, reduce the effects of photoaging and boost the immune system. Despite being a plant with remarkable healing properties, nettle is not an ingredient that's palatable on its own. As such, Emunity combines it with other beneficial ingredients to amplify the functional benefits and create pleasing flavors.